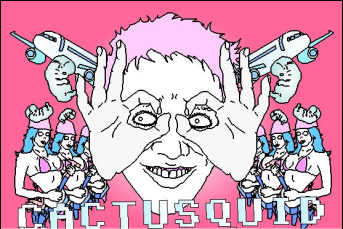 and is also part of a band named Crystal Boys

He also has a brother, Benjamin

, and collaborates with Dennis Wedin

as part of Dennaton Games.

Several of the games cactus has produced have TV Tropes pages of their own. Among them are:
Advertisement: