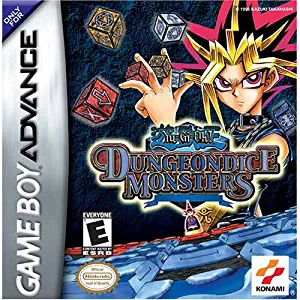 It's best described as a videogame adaptation of both the In-Universe Dungeon Dice Monsters game created by Duke Devlin/Ryuji Otogi in the original series and the real life board game.

The gameplay is based entirely around playing the original series characters in various Dungeon Dice Monsters tournaments, with many manga-only characters appearing and everyone having their personalities from the manga. Similar to past games, the only way to unlock higher tiered tournaments and opponents is to win every tournament in the currently unlock tier first.