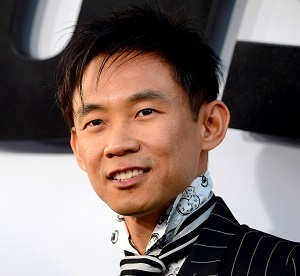 Puppets and dolls and demons, oh my.
Advertisement:

He first specialized in the horror genre before branching out on high budget action/adventure films. In January 2019, he became the second director (other being James Cameron) to have two movies gross a billion dollars from different franchises: Furious 7 and Aquaman. He's also a prominent producer/executive producer at New Line Cinema.