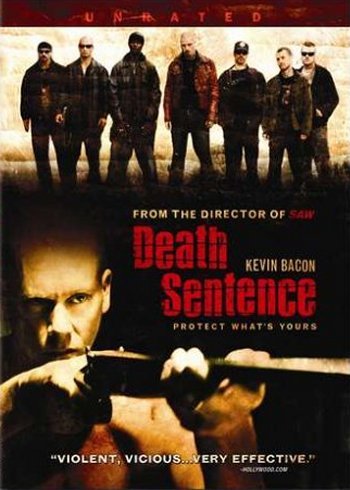 Hardened killers vs an accountant and family man. Guess who wins? No one.

Based on the 1975 novel by Brian Garfield (who also wrote Death Wish) and directed by James Wan, one of the creators of Saw, Death Sentence is a 2007 action thriller revenge film starring Kevin Bacon as Nick Hume, a father who takes the law into his own hands after his son is murdered by a gang as an initiation ritual. Hume must then protect his family from the gang's resulting vengeance.