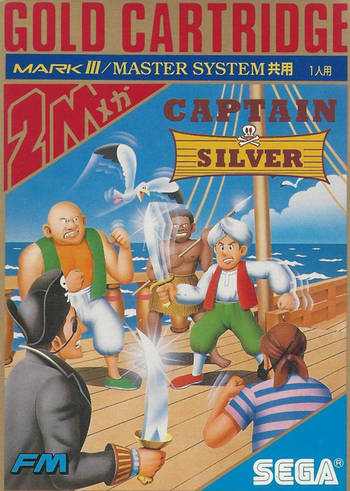 Captain Silver is a 1987 Action Game by Data East, developed for the arcade. It tells a story of Jim Aykroyd, a young aspiring sailor who goes on a journey to seek the lost treasure of the eponymous Captain Silver.
Advertisement:

The game was later converted and published to Sega Master System (which is the version most people are familiar with) by Sega and Nintendo Entertainment System (which stayed in Japan) by Tokuma Shoten.