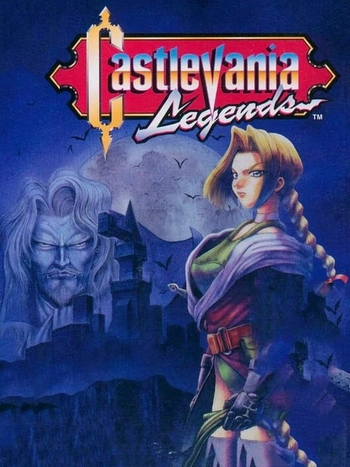 Castlevania Legends is the third Castlevania game for the Game Boy, released in Japan in 1997 (1998 in the US and Europe). You play as Sonia Belmont, unwitting matriarch of the Belmont clan, years before the events of all the previous games at that point. In this game, Dracula is terrorizing Transylvania for the first time and Sonia, who has been trained in vampire hunting from a young age, takes up the Vampire Killer whip and sets out to defeat him.
Advertisement:

Legends is most notable for being made non-canon despite being intended as the origin story of the Belmonts in the series' main timeline. Sonia was also meant to be reappear in Castlevania: Resurrection before that game's cancellation.