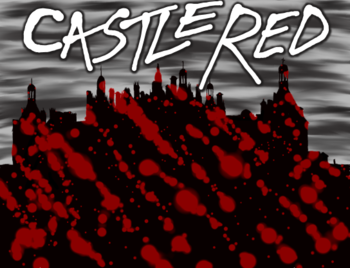 You play Jonathon Miller, and one day you wake up in the courtyard of a massive castle with seemingly no exits. Your only clue is an invitation in your pocket, inviting you to visit "Castle Red." Soon, Jonathon finds others — Howard, Norbert Gray, Peter Jones, Cecilia Harper, Helena Albescu, and Sister Agnes Pendleton — in a similar predicament, and everyone attempts to work together to find a way out of the castle. As you investigate, you find a number of references to a cult dedicated to the worship of worms.

Unfortunately, things don't go well, and soon everyone is separated. And that's when things get bad.

A sequel, titled Castle Red 2: Subservience, is currently in development. Its official RMN page can be found here