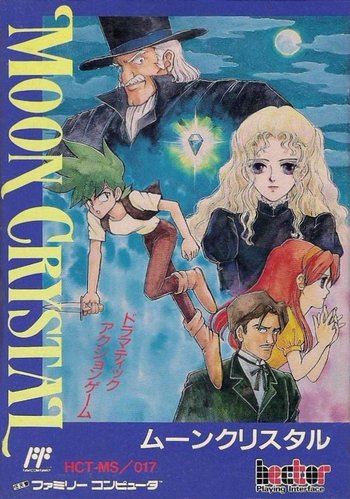 Cover Art
Moon Crystal is a 1992 platform game for the Famicom by Hect, who are more known for their puzzle games. The game was released in Japan only, though it was advertised as a coming release in the U.S. In this game, you play as Ricky Slater to retrieve the moon crystal and rescue your father and other people from the local nobleman Count Crimson. The game is known for both its amazing animations (which make the game seem akin to Prince of Persia) and its detailed storyline.