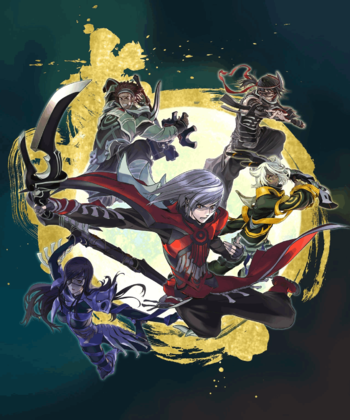 Moon Diver, formerly known as Necromachina, is a 2011 action game developed by feelplus and published by Square Enix for Play Station Network and Xbox Live Arcade. It is the second Spiritual Successor to Strider (Arcade), directed by the first game's planner, Kouichi Yotsui.

The year is 2081. Out of nowhere appeared a child known as Faust, the Demon King. Possessing the power to give life to innanimate objects, he commanded an army of mechanical beings and completely destroyed Earth, driving humanity to almost extinction. Humans form a resistance army to fight back, but all their efforts are in vain. When everything seems lost, five warriors from all around the globe emerge with mysterious powers. Descended from an ancient race who made a pact of mutual protection with the human race, they set out to fulfil their oath and stop Faust while understanding why their powers were given to them.