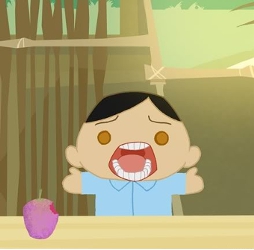 A TRUE AMERICAN LEGEND... FROM AMERICA!

that follows an unfortunate 5-year-old boy whose life has been turned upside down by a disembodied "trailer narrator"-type voice. It was all started by the 2003 short Here comes Dr. Tran

, in which the Narrator describes Tran as a secret superagent and the star of at least 30,000 Dr. Tran movies (and a doctor), while Tran tries (unsuccessfully) to drive the voice away. The short has quickly become popular through Memetic Mutation.

Other shorts in the series include: