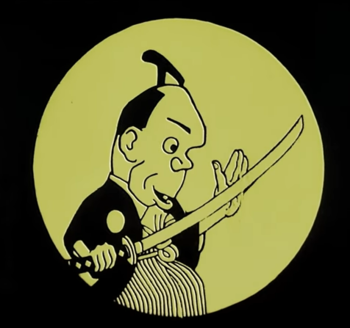 Our "hero."
Namakura Gatana (Dull Sword) is an anime short-film created by Japanese political cartoonist Jun’ichi Kouchi in 1917. It is one of the earliest animes (But not the first, as some sources claim.). It follows an unintelligent samurai as he buys a dull sword and attempts to use it to bully other townsfolk.