Web Animation / Draw with Me 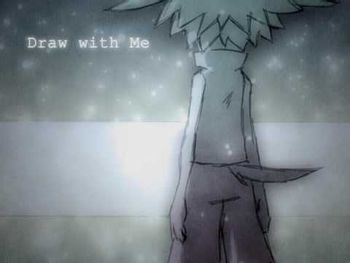 "Can you write?"
"Of course, duh."
"How about drawing?"
— Written dialogue between the two main characters
Advertisement:

Draw With Me is an animated short made by Mikeinel

set to a short-edit of Otsuka Ai's song Cherish. It's about a girl and a boy separated by an unbreakable glass, and is considered one of the saddest original works on YouTube.

, and on DeviantArt here

. It also has several supplemental works, including color roughs

(spoilers!!), another less-happy distant universe expansion after that here

and finally a much happier sequel

It can also be downloaded here

This animation has examples of: