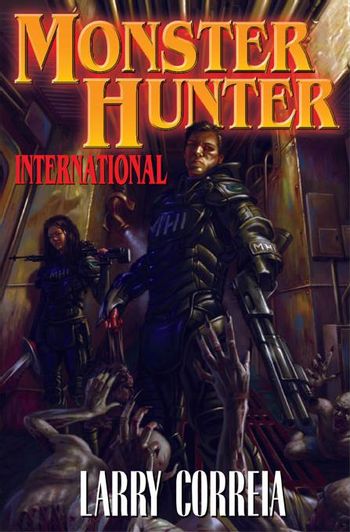 The first book was originally self-published in 2008, but high sales through word-of-mouth advertising, especially on gun-related forums, attracted the attention of Baen Books, which picked up the series.

The first novel is now available for free in the Baen Free Library.

It has also spawned a Role-Playing Game using the Hero System and Savage Worlds.

If you're looking for a completely different Monster Hunter, which is a video game, click here.