Literature / Into the Looking Glass 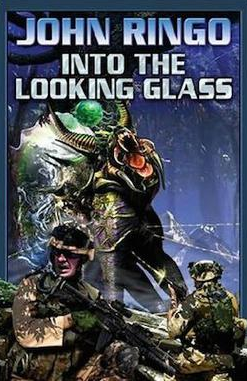 Officially known as the Voyage of the Space Bubble series, this story — tending more towards hard science fiction (which softens somewhat as the series continues) and building off of currently known particle physics — is written by John Ringo and (joining after the first book) Travis Taylor. 20 Minutes into the Future, an accident at a Florida university's high energy particle physics laboratory results in multiple gates opening to other parts of the galaxy, through which a Horde of Alien Locusts with Organic Technology launch an attack on Earth.
Advertisement: