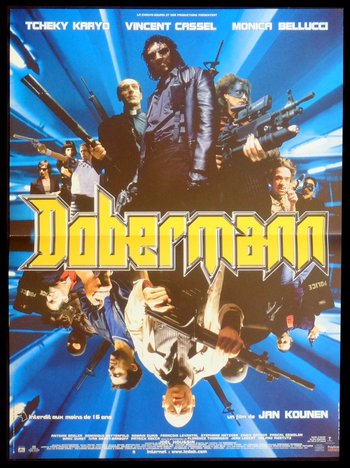 The charismatic criminal Yann Lepentrec a.k.a. "Dobermann" (Cassel), who got his first gun when he was christened, leads a gang of brutal robbers, including Nat (Belluci) and Manu (Romain Duris) among others. After a complex and brutal bank robbery, they are being hunted by the Paris police. The hunt is led by the sadistic cop Christini (Karyo), who only has one goal: to catch Dobermann at any cost.