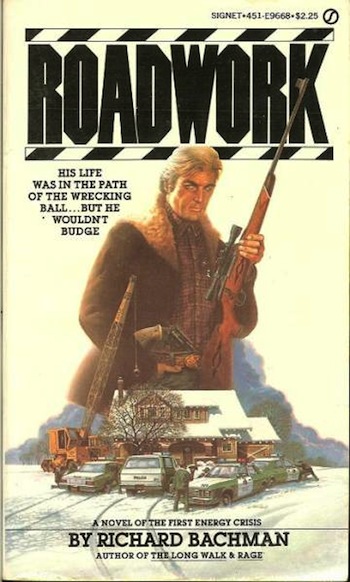 Roadwork is a 1981 novel written by Stephen King under the alias of Richard Bachman. Barton George Dawes, grieving over the loss of his son and the disintegration of his marriage, is pushed to the edge when he learns that both his home and his workplace will be demolished to make way for an extension to an Interstate highway.