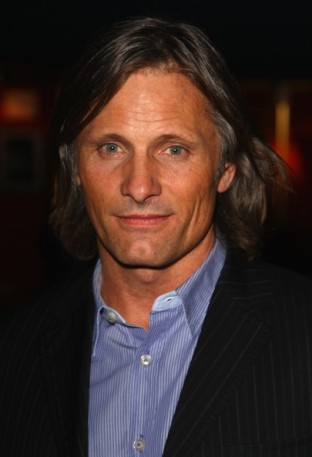 "I'm just looking as always for something that's stimulating and I hope to find a good story that's a challenge, whether it's big or small. Or that it finds me. I don't have like a career plan. Maybe I should, but I don't."
Advertisement:

He has been acting in movies since 1985, but is probably best known for his role as Aragorn in Peter Jackson's film version of The Lord of the Rings trilogy, a role in which he was cast at the last minute and accepted without having read the books, at the insistence of his son.

Mortensen grew up in Argentina as well as in New York and lived in his father's native Denmark for several years; he speaks Spanish and Danish fluently. (He majored in Spanish at St. Lawrence University in New York because he wanted to be an actor, and figured as a Spanish major he could get good grades without having to study much, which would allow him to be in lots of plays.)