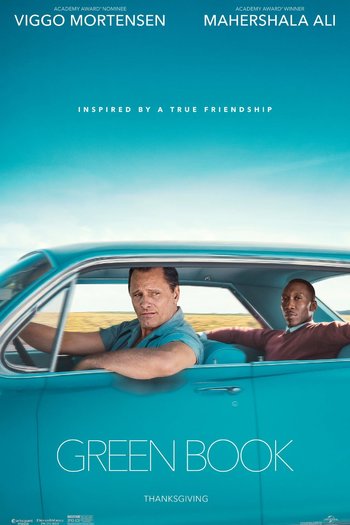 Green Book is a 2018 historical dramedy biopic directed by Peter Farrelly and inspired by the time Tony Lip served as driver and bodyguard to Don Shirley.

In addition to driving Don from gig to gig and generally assisting him, he's also responsible for keeping Don safe from physical violence. Over the course of the trip, Tony and Don form an unlikely bond that'll affect both their lives for good. Linda Cardellini also stars as Tony's wife Dolores.