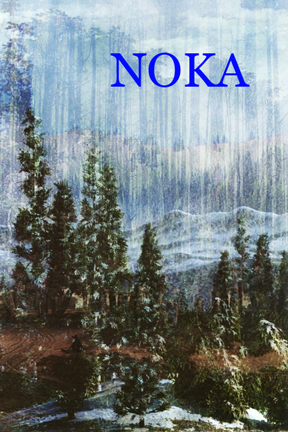 A Webnovel that has cover art. +10 Redundancy Points That cover art is for the prologue. The prologue is 224 chapters long..
"1. Has the blue-haired person sitting on the stretcher over there always been in guild, 2. Where does he buy his hair dye, and 3. Are those his real eyebrows or does he ignore the safety warning like I do?"
— KT, summing up his first impression of the main character in his own words
Advertisement:

is a Web Serial Novel starring the titular protagonist in a setting that seems as though different parts were mixed and matched from other time periods, along with ones that never existed. In a world where pistol-wielding guild members clash with everything from demons lurking in forests to serial killers prowling the alleyways, all bets are off on what could possibly show up. Enter Noka, a high-spirited young boy in his teens, set on joining a guild in the hopes that he can rush into the world of adventures that lie before him.

Unfortunately, for Noka, most dreams are meant to be shattered. The hammer to his brittle dreams is the Diresoldiers guild (usually shortened to "Dire" in-universe) who are seemingly set on showing him that the world isn't as magical as he thinks it is. Which would be true, if one of the guild captains didn't happen to be an elf. Or if their HQ wasn't located in The Lost Woods. ...Or if he wasn't attacked by a fire-breathing wyvern shortly after starting his journey.

After joining Dire in an unorthodox manner, Noka finds himself adjusting to the guild life through situations such as: involuntarily hunting pandas for target practice, getting lost in storms while out buying groceries, and tracking serial killers with his fellow guildmates for money.

The RPS provides examples of: