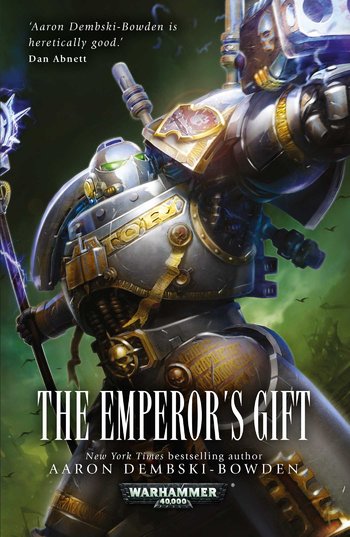 The Emperor's Gift is a novel set in the Warhammer 40,000 universe written by Aaron Dembski-Bowden that was released in May 2012.

The book tells the story of two new recruits to the Grey Knights, an elite Chapter of Adeptus Astartes who specialise in the eradication of daemons. The book covers the Grey Knights' involvement before and during the events of the First War of Armageddon, as well as the subsequent conflict with the Space Wolves that would become known as the Months of Shame.

Tropes appearing within The Emperor's Gift include: