Sly: The modifications you've made to that wheelchair are incredibly powerful.
Bentley: Yes, the upgrades should serve me well in the field. Blasters, mines, all the standard fare.
—The Adventures of Sly Cooper 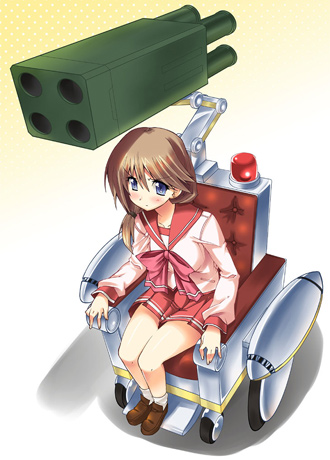 But Wait, There's More! Order in the next 30 minutes and we will install a flamethrower on it, absolutely free!
Advertisement:

In Real Life, being a wheelchair user can range from inconvenient to extremely limiting. (Not the chair part—if you need a chair, using one is very freeing—but the lack of arrangements to accommodate it.) However, in fiction, this need not be the case! Thanks to Trope Co.™ you can be the proud owner of one state of the art super chair! Features include

A subtrope of Disability Superpower and Cool Chair together.