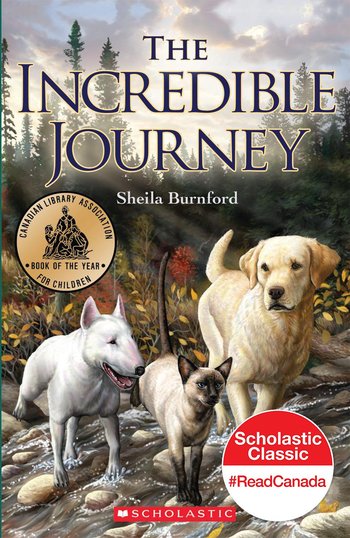 A children's novel by Sheila Burnford, published in 1961, about a trio of animals trekking across the Canadian wilderness in search of their family. The voyagers are Luath, a young Labrador retriever, Bodger, an old bull terrier, and Tao, a seal-point Siamese.

It's been adapted to film twice, once in 1963 and more famously in the 1993 film Homeward Bound: The Incredible Journey. The latter film changes up quite a bit, notably changing the breeds and swapping the breed types of the young and old dogs and making the male Siamese a female Himalayan (and changing the location from Northwest Ontario to the Sierra Nevada mountains of California), but loses none of the original story's ability to make grown men cry like children (along with everyone else).