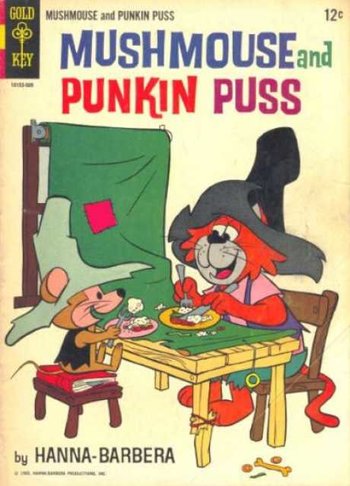 Punkin' Puss and Mushmouse was yet another Funny Animal cartoon made by Hanna-Barbera. It was also another to feature the ongoing battle between a cat and a mouse — but this time it added a little country flavor. The former was voiced by Allan Melvin and the latter by Howard Morris.

Both live in the stereotypical Hillbilly Hills and the feud plays out as just about anyone would expect. Punkin' Puss and Mushmouse were a segment on The Magilla Gorilla Show.

Compare with The Hillbilly Bears, H-B's other cartoon from The '60s about rural funny animals living in the Hillbilly Hills.