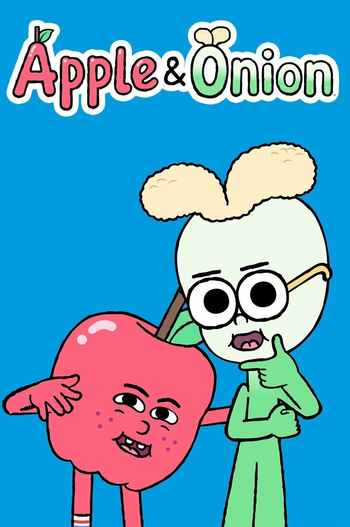 Apple & Onion is a Cartoon Network series, created by George Gendi, a former storyboard artist on The Amazing World of Gumball and Sanjay and Craig.

The Slice of Life cartoon follows two friends, the titular Apple and Onion, who have recently moved to the big city, which is full of Anthropomorphic Food, as they try to make friends and mature into adults.

The show premiered on Cartoon Network on February 23, 2018. It initially premiered as a miniseries, but then got picked up as a full series on May 20, 2019, which premiered on November 2019.