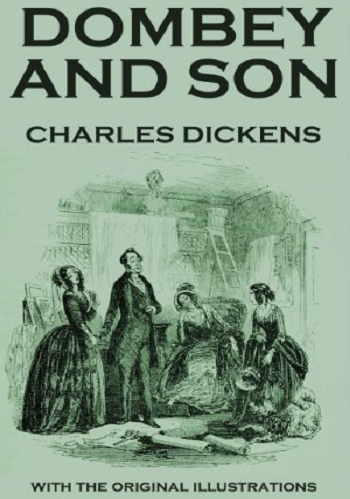 Dombey and Son is a novel by Charles Dickens.

The story begins with Paul Dombey, a wealthy middle-aged businessman, exulting over the birth of his newborn son. Wrapped up in his ambitious plans for this future heir to the family business, he nearly fails to notice that the baby's mother is dying, with only their daughter Florence, to comfort her. By the time he does notice, it's too late, and Florence - seven years old and already a better human being than her father will ever be - begins to make him uncomfortable, since he misreads her shyness as fear and disgust with his emotionally stunted condition. As Paul Jr. grows into a frail, eccentric child who bonds more closely with his older sister and their lower-class nurse than with his father, Mr. Dombey enters into a strange one-sided competition with Florence over Paul's love, and later, the attention of his new wife Edith. The more he "loses", at least in his own view, the more twisted he becomes. Only after losing everything he valued will he begin to understand that all he really needed has been right there all along.