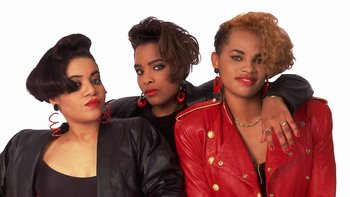 Salt-N-Pepa are an American hip-hop Girl Group, founded in 1985. For virtually its entire existence, the group has been comprised of rappers Cheryl "Salt" James and Sandra "Pepa" Denton, and DJ/occasional rapper Deidra "Spinderella" Roper.

In May 2019, Roper was fired from the band under unclear circumstances and was replaced with DJ Cocoa Chanelle for touring purposes.