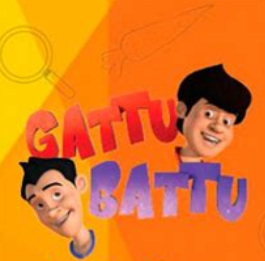 Gattu Battu is an Indian All-CGI Cartoon that is produced by Toonz Animation India and airs on Nickelodeon Sonic in India. This series premiered on May 1st, 2017.

The show is about a corageous fighter named Gattu and his level-headed, intelligent friend Battu, who both run a security agency in Vishrampur.