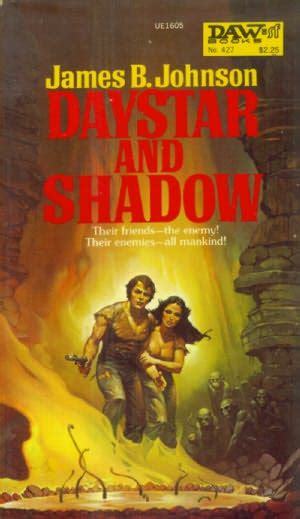 Daystar and Shadow is a 1981 science fiction novel by James B. Johnson.
Advertisement:

Robin and his partner Shadow are desert wanderers in the post-apocalyptic American Southwest. Despite their efforts to help locals, they are regarded with suspicion for Robin's connection to the monstrous fireworms and his ability to dowse for water, and most people know Robin only as Daystar.

Daystar and Shadow contains examples of: