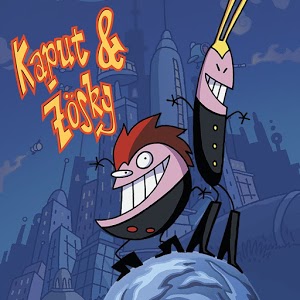 A comic book series by Lewis Trondheim that was turned into an animated series, which told the story of two aliens who travelled the galaxy and try to conquer any planet they came across.

The Animated Adaptation was seen on Teletoon in Canada and Nicktoons Network in the United States, as well as France 3 in France. Produced by France's Futurikon and the Montreal-based studio ToonCan Productions, it ran for 26 episodes between 2003 and 2006.