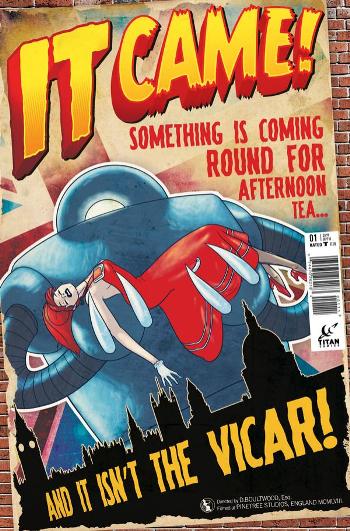 Since dawn's crack has man looked to the stars in wonder; often pondering his insignificance over a hot buttered crumpet; asking the eternal question, 'Are we alone in it all?' Today, dear friend, today he finds out...
— Narration

It Came! is a 2013 British comic book series "directed" by Dan Boultwood.

Told in the style of a low-budget B-Movie from The '50s, the comic tells the story of Dr. Boy Brett and his "lady" friend, Doris Night, who encounter a gigantic extraterrestrial robot terrorizing the English countryside.