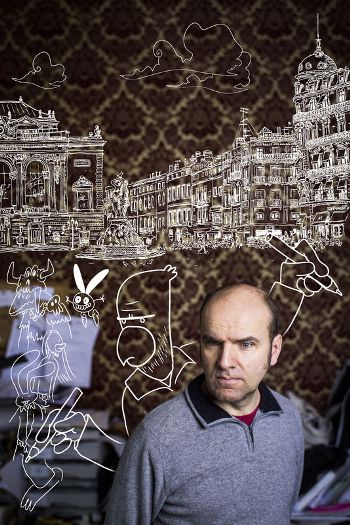 Lewis Trondheim (born Laurent Chabosy, 11 December 1964) is a French comics creator and cartoonist, known for being insanely prolific and drawing over 100 titles. He's been on hiatus from comic-making since 2004, partly as burnout from said insane workload.

His real name is Laurent Chabosy, and his Pen Name comes from the Norwegian city of Trondheim. His explanation for this was that "as a last name I wanted to use a city's name, but Lewis Bordeaux or Lewis Toulouse didn't sound so good."