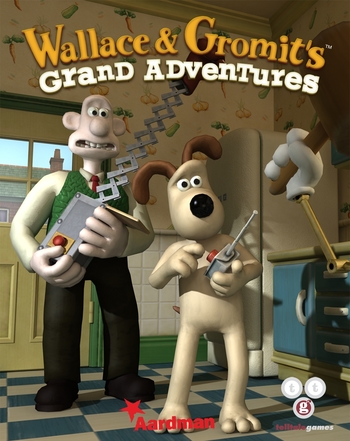 Wallace & Gromit's Grand Adventures is a series of adventure games featuring Wallace & Gromit. The games were created by Telltale Games and released in the spring/summer of 2009 for the PC and Xbox Live Arcade, followed by a rerelease on Steam in 2020. The games are notable for successfully replicating the look and feel of the films, to the point of having fingerprints and other clay modeling details visible on the characters.
Advertisement:

The Grand Adventures episodes are, in order: