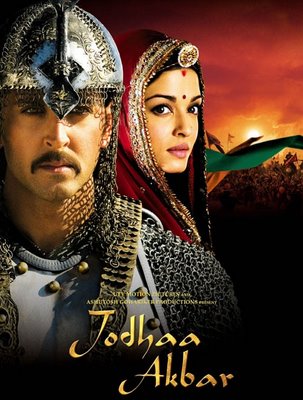 A 2008 Bollywood period movie that rivals Titanic in extravagance. The movie was made with the equivalent of a six million dollar budget to support elaborate sets, period costumes and jewelry, battle scenes, A-list actors, and A. R. Rahman. The story centers around sixteenth century Mughal emperor Akbar (played by dreamy, green-eyed Hritik Roshan) and his Rajput wife, Jodhaa (played by Aishwarya Rai's jewelry). The two are forced into a politically-motivated interfaith marriage, but despite their differences, they slowly (and predictably charmingly) fall in love. As the romance progresses and Jodhaa becomes more influential, vague political tension builds in Akbar's court.