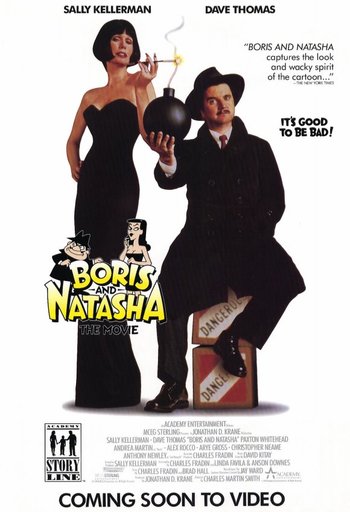 Boris and Natasha: The Movie is a 1992 live-action movie based on the Rocky and Bullwinkle villains Boris Badenov (Dave Thomas) and Natasha Fatale (Sally Kellerman).

The plot involves Fearless Leader being after a time-reversal chip being made in America. After wanting to send Agent X on the mission, Agent X suggests sending Boris and Natasha first as patsies. While on their mission, Natasha becomes fascinated with America, especially after learning from neighbor Toots that in America, women are treated equally with men. Natasha eventually becomes a fashion model and celebrity, and there's some development of a romance between Boris and Natasha.