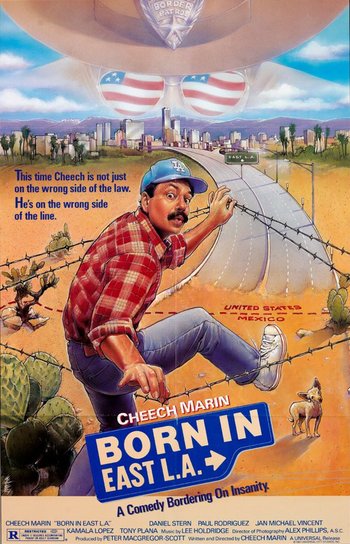 Born in East L.A. is a 1987 comedy film written and directed by Cheech Marin, who also has the lead role as a Mexican-American who is mistaken for an illegal immigrant and deported to Mexico.