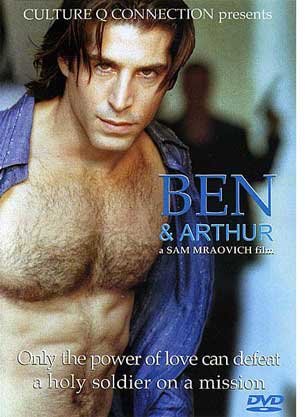 A labor of love for writer-director-star Sam Mraovich, which quickly became a magnet for mockery in the wake of its release, and has been likened to "a gay version of The Room" — though in actual fact it was released a year before Tommy Wiseau's epic — thanks to its minimal production values, entertainingly dreadful acting, and one of the most unsubtle deliveries of its message outside of a 1950s propaganda film.

Ben and Arthur provides examples of: