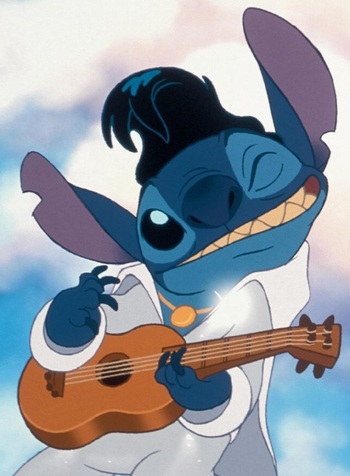 Even cute aliens can't resist impersonating the King.
A list of references in other works to Elvis Presley. These include references to his songs, live performances, TV specials, movies, album covers, persona, and life events.