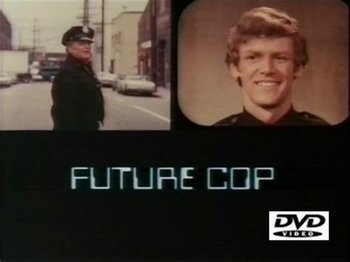 Future Cop is an American science-fiction cop show that ran for five episodes on ABC in the spring of 1977, with a pilot in 1976 and a final two-parter on NBC in 1978. Veteran street cops Joe Cleaver (Ernest Borgnine) and Bill Bundy (John Amos) are partnered with the rookie John Haven (Michael J. Shannon), but Cleaver soon discovers that Haven is actually an android programmed to be the perfect cop.