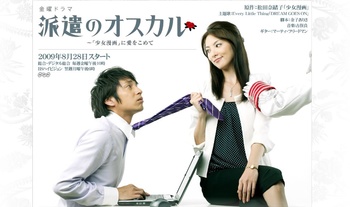 A Japanese drama that ran in 2009. Six episodes were made of this story that was based on a manga.
Advertisement:

Haken no Oscar provides examples of: