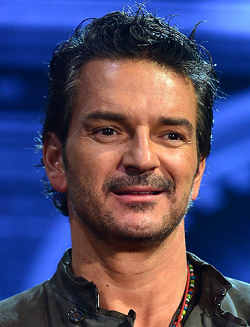 Known for his songs that touch a variety of themes that range from abortion, kidnapping, immigrants, parties, etc. He is mostly known for ballads with schmaltz-laden melodies but surprisingly profound lyrics. He also worked as a teacher and is apparently good at basketball. In the school he taught at he supposedly played basketball with students most of the time yet their test scores were still above average, so the authorities just said something along the lines "as long as it works" and let him proceed.

His daughter, Adria Arjona, is an actress.