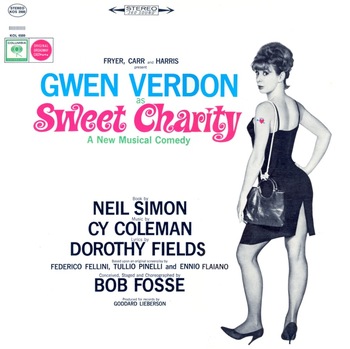 Sweet Charity is a 1966 musical with book by Neil Simon based on the Federico Fellini film Nights of Cabiria, score by Cy Coleman and Dorothy Fields, originally directed by Bob Fosse and starring Gwen Verdon. It tells the story of Charity Hope Valentine, a romantic dance hall hostess looking for love in all the wrong places, and how she eventually finds it—and loses it. The play is considered a classic example of Fosse's direction and style of dance, and some of the numbers (e.g. "Big Spender" and "Rich Man's Frug") are some of the best examples of Fosse style dance.

A film adaptation, directed by Fosse and starring Shirley MacLaine, was released in 1969.