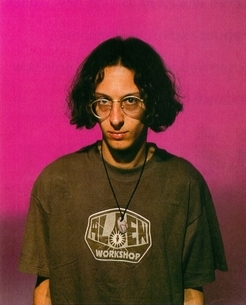 Mike Paradinas, also known by his stage name μ-Ziq (pronounced "music"), is an English electronica musician and founder of the Planet Mu label.

Considered one of intelligent dance music/braindance's mainstays alongside Aphex Twin and Squarepusher, he is known for creating unique and innovative Genre-Busting music while managing to maintain a distinctive style and be accesible at the same time. His musical career started in the 1980s most notably as keyboard player for Blue Innocence, a role he kept for eight years. When the band broke up, Mike and bandmate Francis Naughton decided to make music together as μ-Ziq on Aphex's Rephlex label. Francis left not long after, leaving μ-Ziq a solo project. Mike continued (and continues) to make music, and eventually founded Planet Mu, which still operates to this day as one of IDM's biggest labels alongside Warp.

open/close all folders
Under μ-Ziq