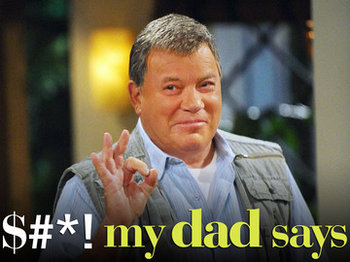 , created by Justin Halpern and consisting of quotes from his real-life father, Sam.

Officially stylized as $#*! My Dad Says and pronounced as Bleep My Dad Says.

The show did not go over well with critics, to say the least. It has a 28 rating

on Metacritic. It was cancelled after one season. It's pretty comparable with another similar flop, Living With Fran.