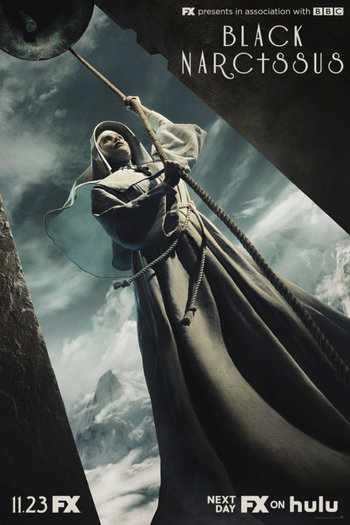 Black Narcissus is a drama Mini Series by The BBC and FX. It is based on the 1939 novel of the same name by Rumer Godden.

Sister Clodagh (Gemma Arterton) is sent to establish a branch of her order with fellow nuns at a palace in the Himalayas. But she struggles to temper her attractions to Mr. Dean (Alessandro Nivola), a World War I veteran they meet, and with the fact that the palace was previously used to house a harem.

The mini-series also stars Aisling Franciosi as Sister Ruth, Jim Broadbent as Father Roberts, Diana Rigg - in her last television role - as Mother Dorothea, and Karen Bryson as Sister Philippa. It premiered on November 23, 2020 on FX and Hulu.