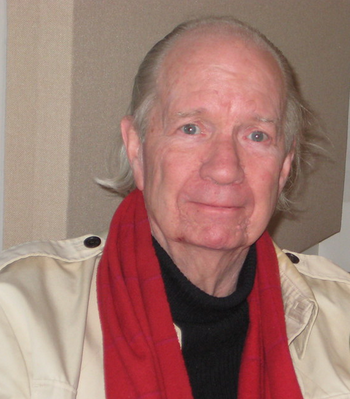 Gahan Wilson (February 18, 1930 – November 21, 2019) was an American cartoonist, and a longtime contributor to both Playboy and The New Yorker magazines, not to mention The Magazine of Fantasy & Science Fiction. He also drew a Newspaper Comics series, titled simply Gahan Wilson's Sunday Comics, and produced animated inserts for Sesame Street. His subject matter tended heavily toward the grotesque and whimsical.

Although he is usually known for his cartoons, Wilson contributed some book reviews to F&SF, and his story "[The title is an inkblot]" was included in Harlan Ellison's anthology Again, Dangerous Visions. The titular inkblot (which is drawn in his distinctive style) plays an integral part in the story. He also did the illustrations for Roger Zelazny's Nebula Award-nominated novel, A Night in the Lonesome October.

Gahan Wilson works with their own trope pages include:

Wilson's other works provide examples of: