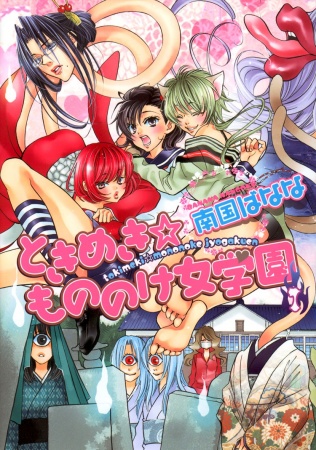 Tokimeki☆Mononoke Jogakkou (ときめき☆もののけ女学園, translating as Heart-Pounding Excitement at Mononoke Girls' Academy) is a comedic Girls' Love manga by Banana Nangoku, which ran in Comic Yuri Hime from 2006 to 2010.

On what was supposed to be her first day of high school, Arare somehow finds herself in a different dimension and ends up at an all-girls boarding school — for youkai. There, Arare tries to adjust to her new life, befriending youkai Kiri and Pero, while trying to keep her identity as a human hidden.