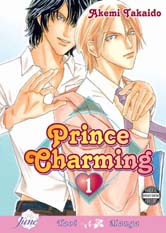 A Boys' Love manga by Takaido Akemi about a promiscuous teacher who learns he's gay.

From DMPAsahina-sensei isn’t a very good teacher or a role model. The epitome of a letch, he spends his nights cruising the town, hooking up with one woman after another – he’s even been known to stumble into class drunk – but Asahina’s sordid lifestyle has finally caught up with him. When Yuasa, one of his students, finds a video of Asahina having sex in a love hotel, the proof of his degenerate behavior is clear. Yuasa promises to hunt down the master tape and keep Asahina’s secret – for a price, of course. It turns out that the love struck underachiever isn't interested in money or a passing grade but has had eyes on Asahina-sensei all along.