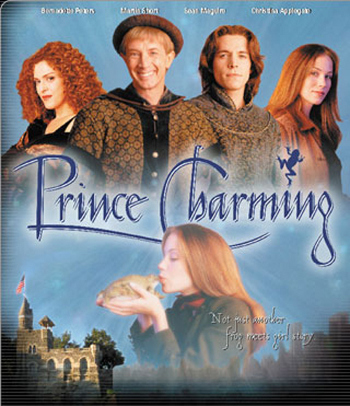 Prince Charming is a 2001 made-for-television film directed by Allan Arkush. It is a comical fairy tale, relating the story of a Prince who is cursed, his wizard squire, and the present-day women who lift the curse. The movie stars Martin Short as a wizard squire trying to keep his prince (Sean Maguire) from harm, with Christina Applegate as the woman who wins the prince's love and Bernadette Peters as an actress who inadvertently lifts a 500-year curse.