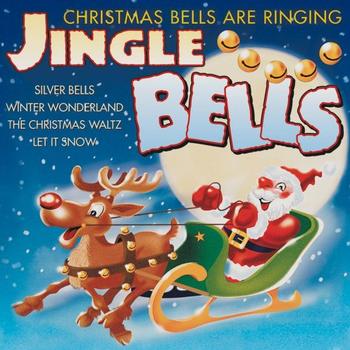 "Hark how the bells, sweet silver bells
All seem to say, throw cares away
Christmas is here, bringing good cheer
To young and old, meek and the bold..."
— "Carol of the Bells"
Advertisement:

One good way to recognize winter-themed music is the presence of jingly sleigh bells (also known as jingle bells) in the soundtrack.

These little bells were first used on horse-drawn vehicles to warn bypassers about the arrival of the carriage and most importantly the sleighs (hence the name), as the vehicle would otherwise make no sound at all. The relation between these bells and sleighs might be the origin of this trope and is the premise of the most famous Christmas song of them all: Jingle Bells

Incredibly common in Slippy-Slidey Ice World levels in video games, as well as in Christmas Songs. Sometimes also featured in more grim winter-based settings where it's more likely to evoke a dogsled than Santa Claus.