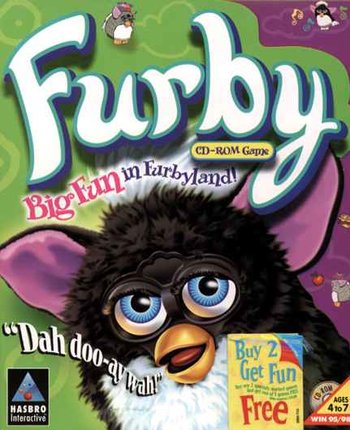 Dah Doo-ay!
Big Fun In Furbyland is a 1999 children's game for the PC starring the Furbies, owl-gremlins hybrids toys created by Tiger Electronics in 1998. The game is a collection of 4 minigames:Also, the player creates a customizable Furby at the start of the game and can play with it inbetween the minigame sessions.
Advertisement:

This Game Contains Examples Of: